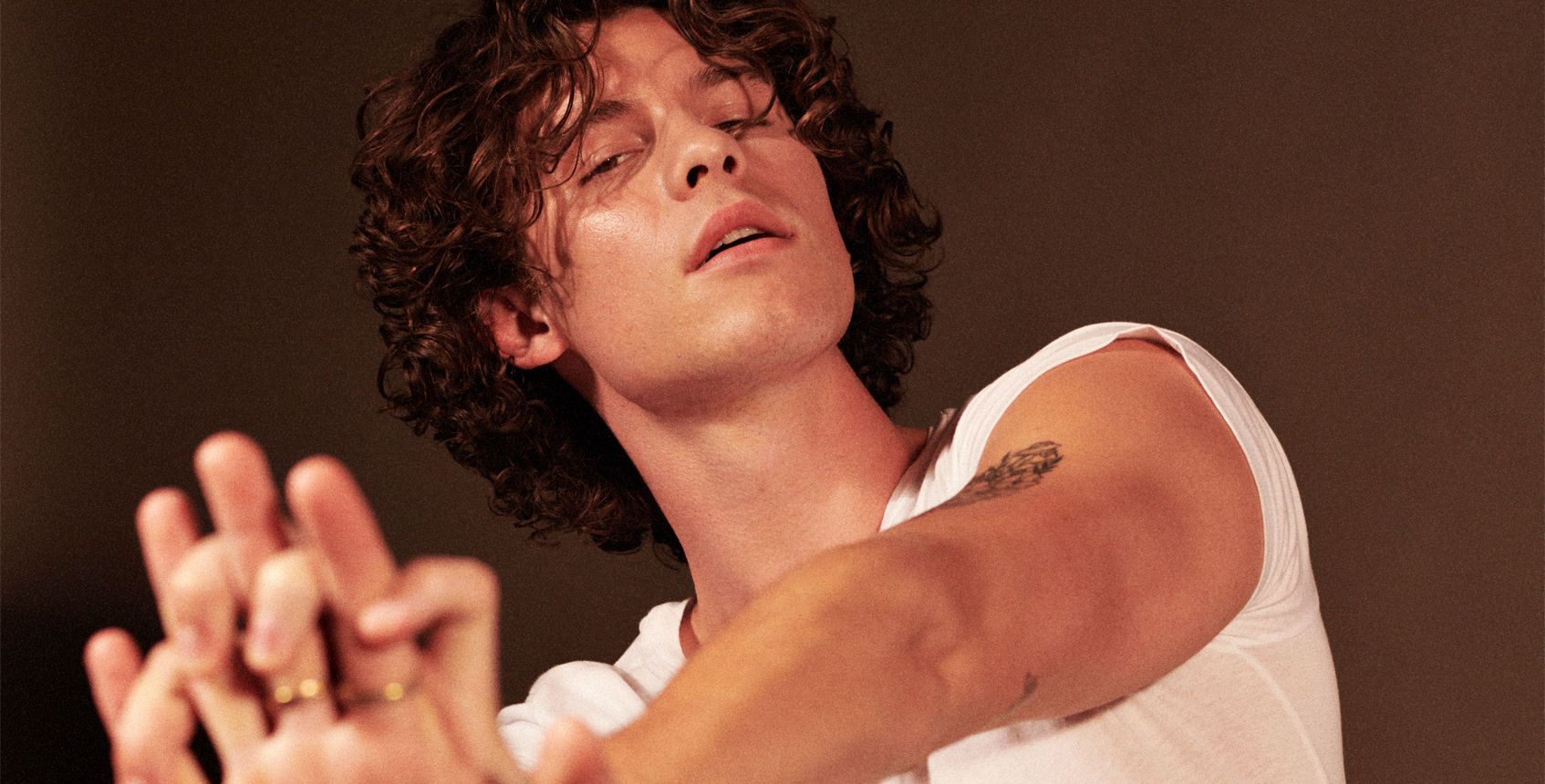 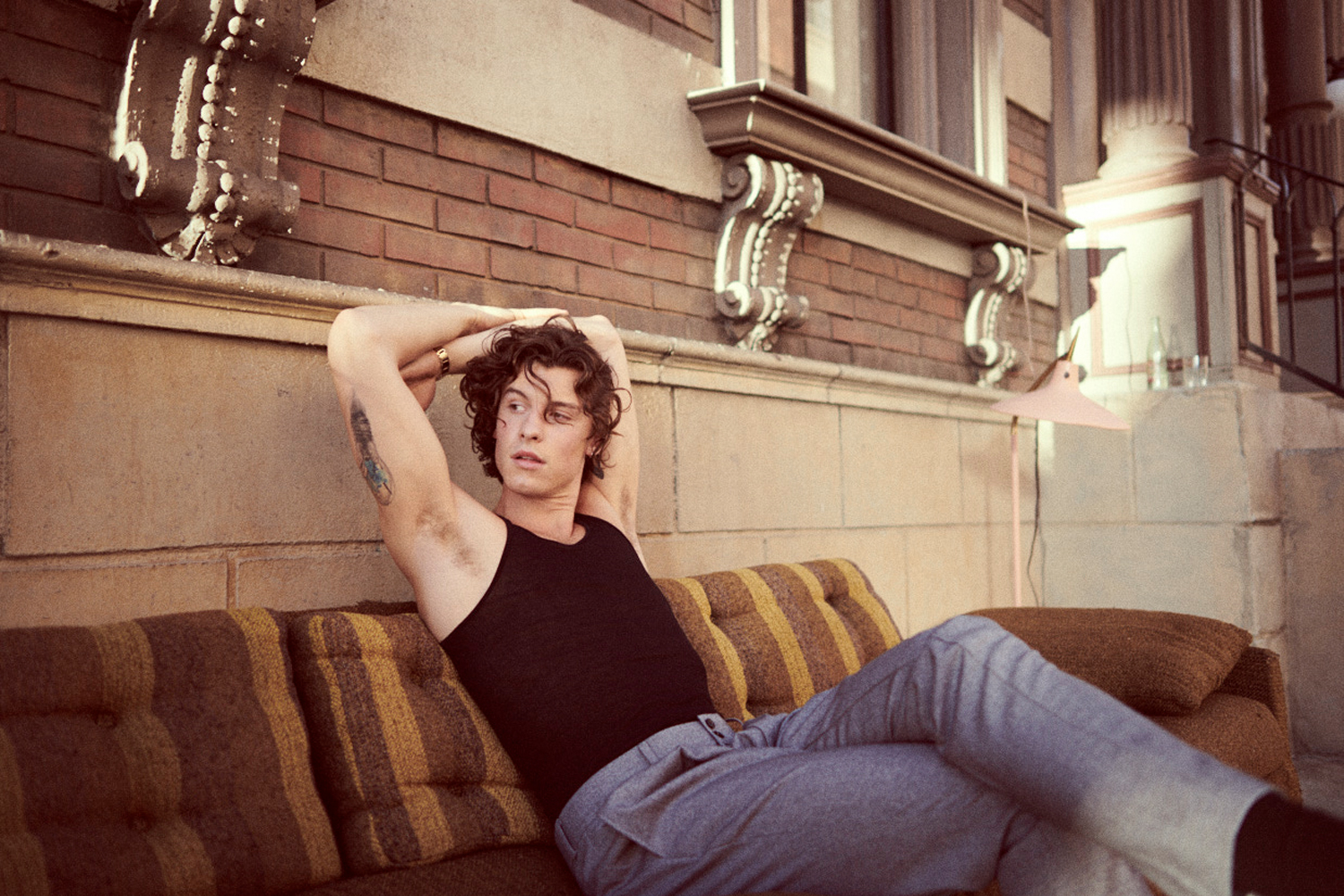 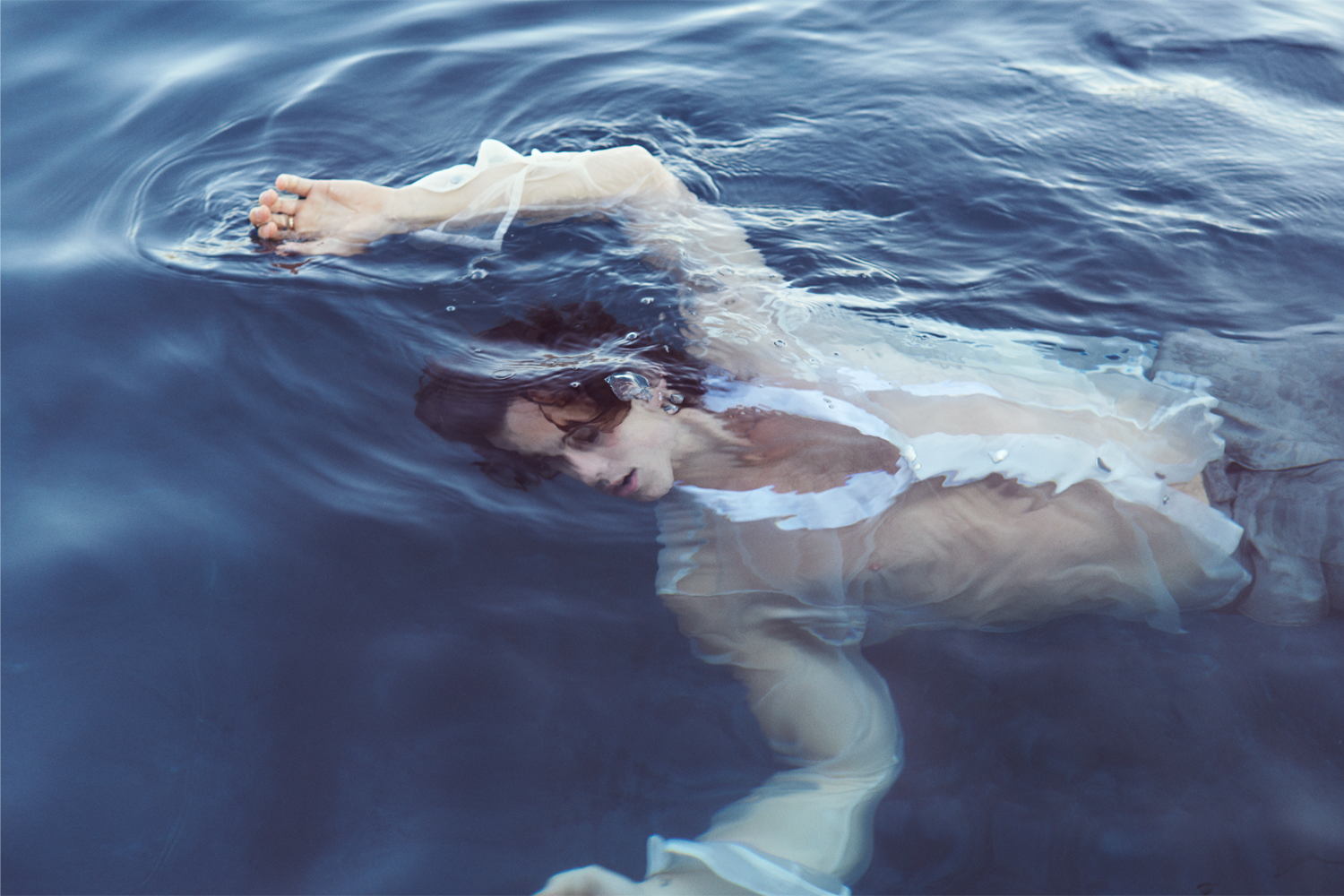 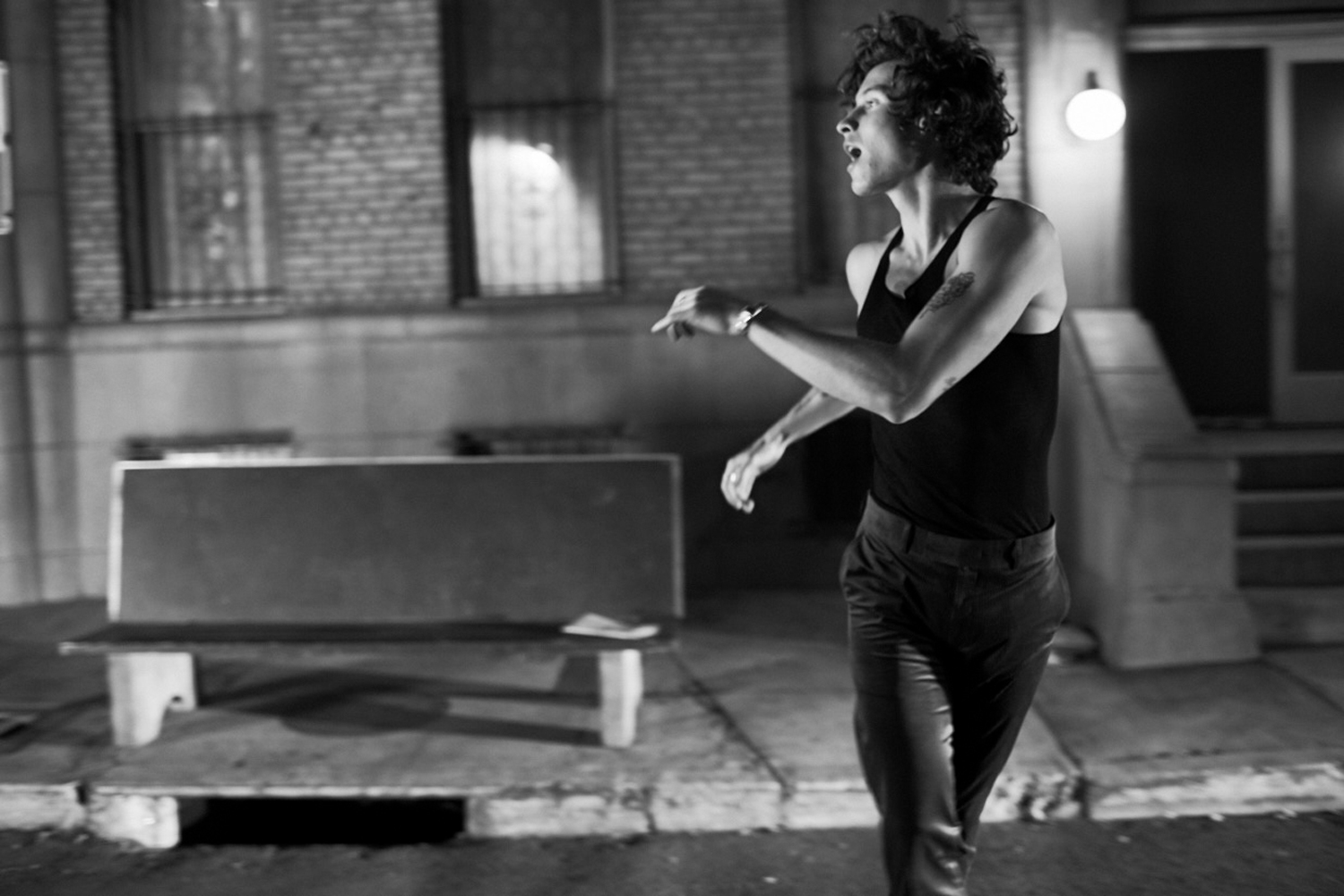 GRAMMY nominated Toronto born multi-platinum singer/songwriter Shawn Mendes released his highly anticipated self-titled third album in May 2018. The certified platinum album debuted at #1 on the Billboard 200 Chart as well as multiple additional worldwide markets. It shot to #1 on iTunes in more than 80 countries immediately upon release. The album became one of the top best-selling album debuts of 2018 and made Shawn the third youngest solo artist to ever have three consecutive #1 albums. Shawn was nominated in two categories for the 61st annual GRAMMY® Awards, including “Song of the Year” for “In My Blood” and “Best Pop Vocal Album” for SHAWN MENDES. At the 62nd annual GRAMMY® Awards, Shawn was nominated for a GRAMMY for “Best Pop Duo/Group Performance” for his single with Camila Cabello, “Señorita.” The song debuted at #1 on iTunes worldwide and broke Spotify’s record for the biggest debut from a male/female duet in its history, going on to become the most streamed song on Spotify in 2019. The hit nabbed the #1 spot on Billboard’s Hot 100 Chart as well as #1 at Top 40 & Hot AC Radio. Last summer Shawn debuted his certified platinum single, “If I Can’t Have You,” at #1 on iTunes and #2 on the Billboard Hot 100 chart. With “Señorita” at #1 and “If I Can’t Have You” at #2, Shawn is the first male solo artist ever to simultaneously hold the #1 and #2 place on the Top 40 chart. In April 2017, Shawn released his 3x platinum hit “There’s Nothing Holdin’ Me Back.” The track scored Shawn his second #1 single at Top 40 radio and on Billboard’s Pop Songs chart, joining his 7x platinum single “Stitches.” Most recently, Shawn debuted his 4th studio album, Wonder, to rave reviews as well as debuting at #1 on the Billboard 200 Chart and in multiple additional worldwide markets. The release of the album followed the launch of Shawn’s Documentary, “In Wonder,” which debuted on Netflix in November of 2020. The documentary was a TIFF special event selection and is a portrait of Shawn’s life, chronicling the past few years of his rise and journey. Throughout his career, Shawn has achieved 4 consecutive #1 album debuts, 3 platinum albums, and 11+ consecutive platinum and multi-platinum singles. Worldwide, he has sold over 27 million albums, 242 million singles, and has amassed over 50 billion global streams and over 9 billion YouTube views. Shawn has completed three sold-out world tours with over two million tickets sold, selling out legendary stadiums and arenas including NYC’s Madison Square Garden and London’s O2 Arena in minutes. On his most recent tour, he sold out his first ever stadium show in minutes at Rogers Centre in his hometown of Toronto. The tour began in March 2019, with over 100 dates across the UK, Europe, North America, Latin America, Asia and Australia/New Zealand.  Shawn has nearly 50 Billion global streams and 8.6 billion video views. He topped Billboard’s “21 Under 21” in 2017 and 2018 and has been featured on Forbes “30 Under 30,” Spotify’s “25 Under 25,” and Time Magazine’s “Time 100 Most Influential”. In 2018, ROI Influencer Media recognized Shawn as the #1 Most Influential Artist and #1 Most Influential Teen across all social media platforms.

In 2019 Shawn launched The Shawn Mendes Foundation, which seeks to inspire Shawn’s audience, the youth generation of today—to learn about those causes that they are passionate about, and help empower them to use the voice they have to bring change to the world by taking action & giving back. As part of its ongoing mission, the Foundation provides resources and support to amplify the voices, messages, and platforms of young leaders driving positive change. 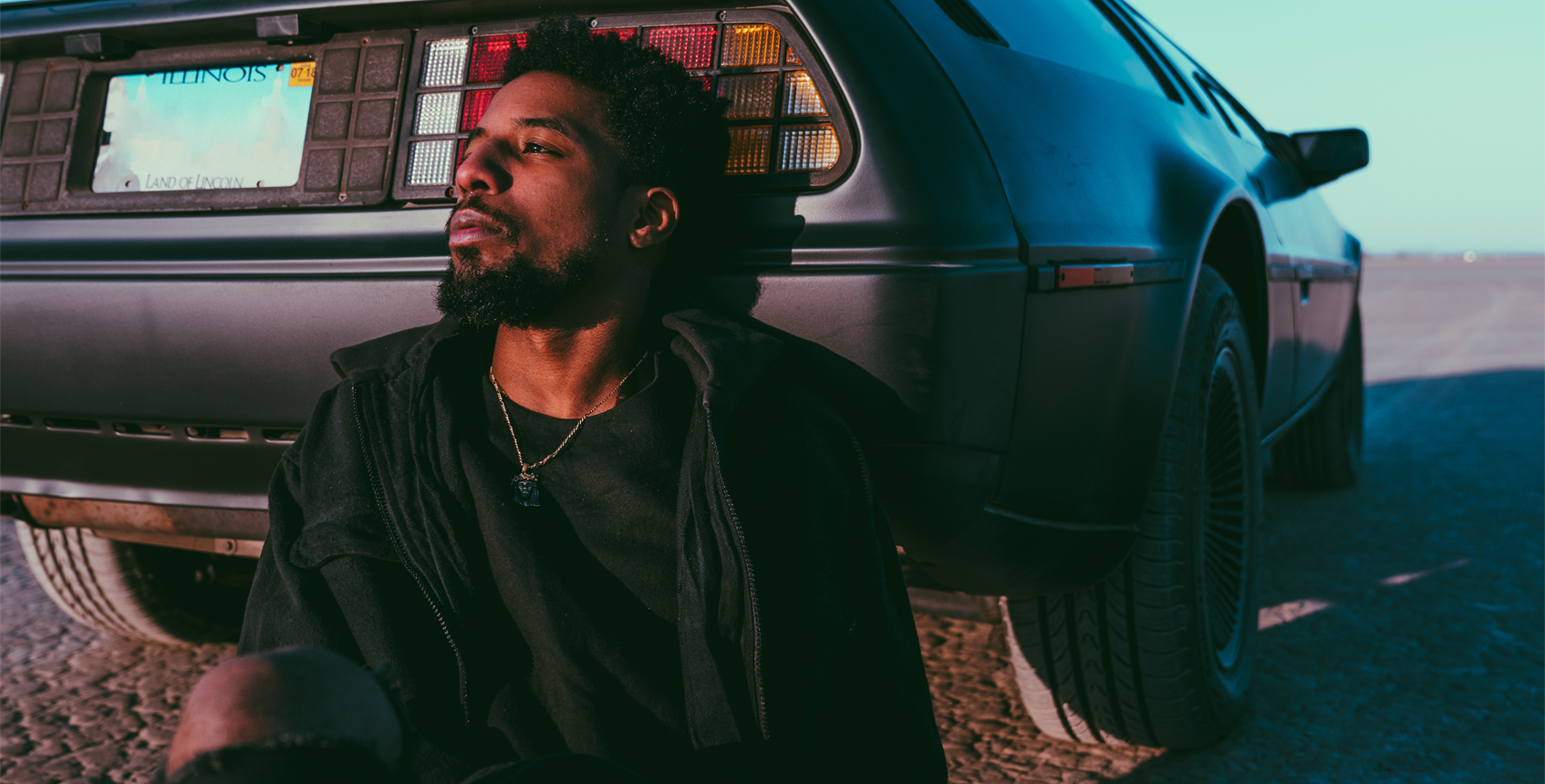 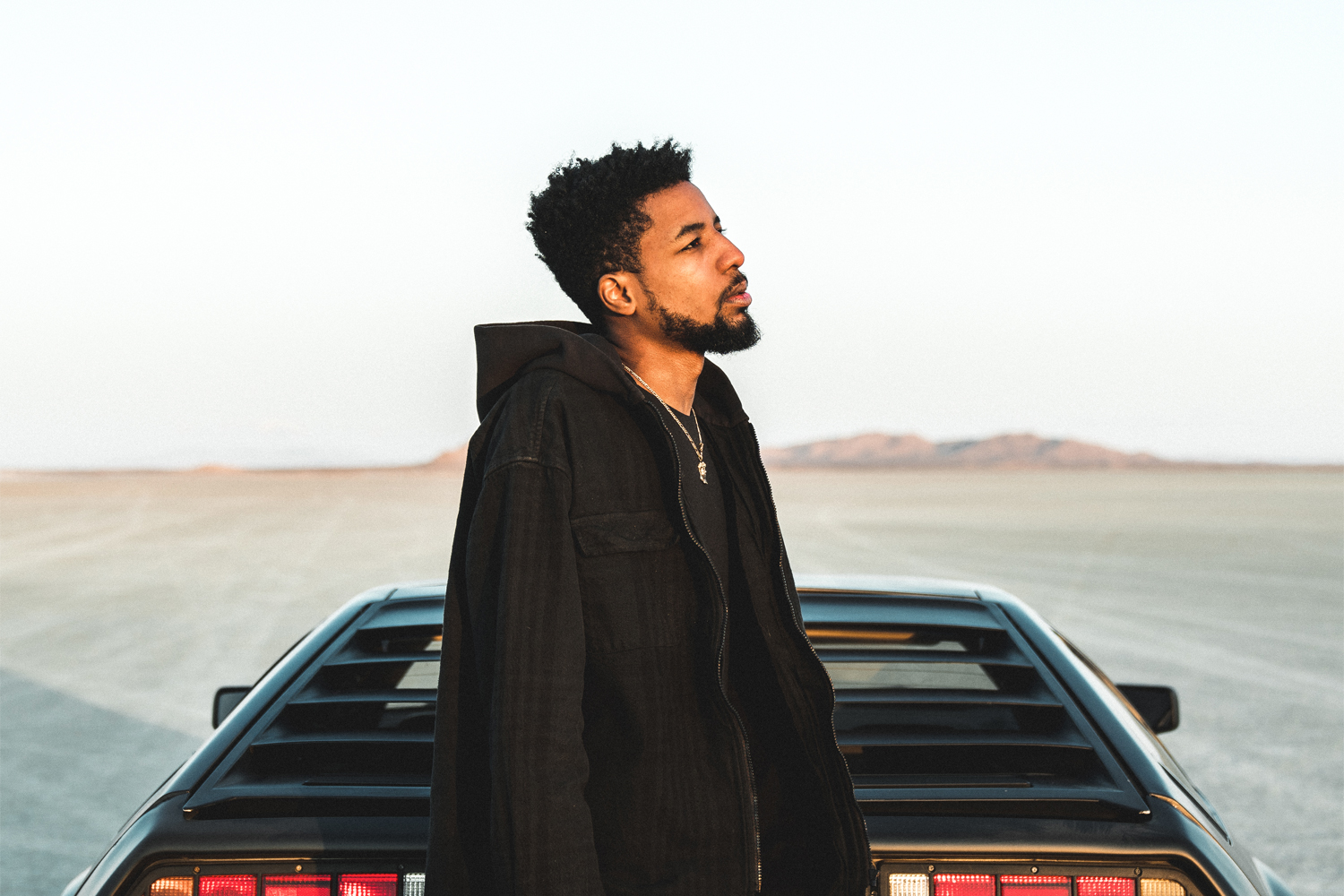 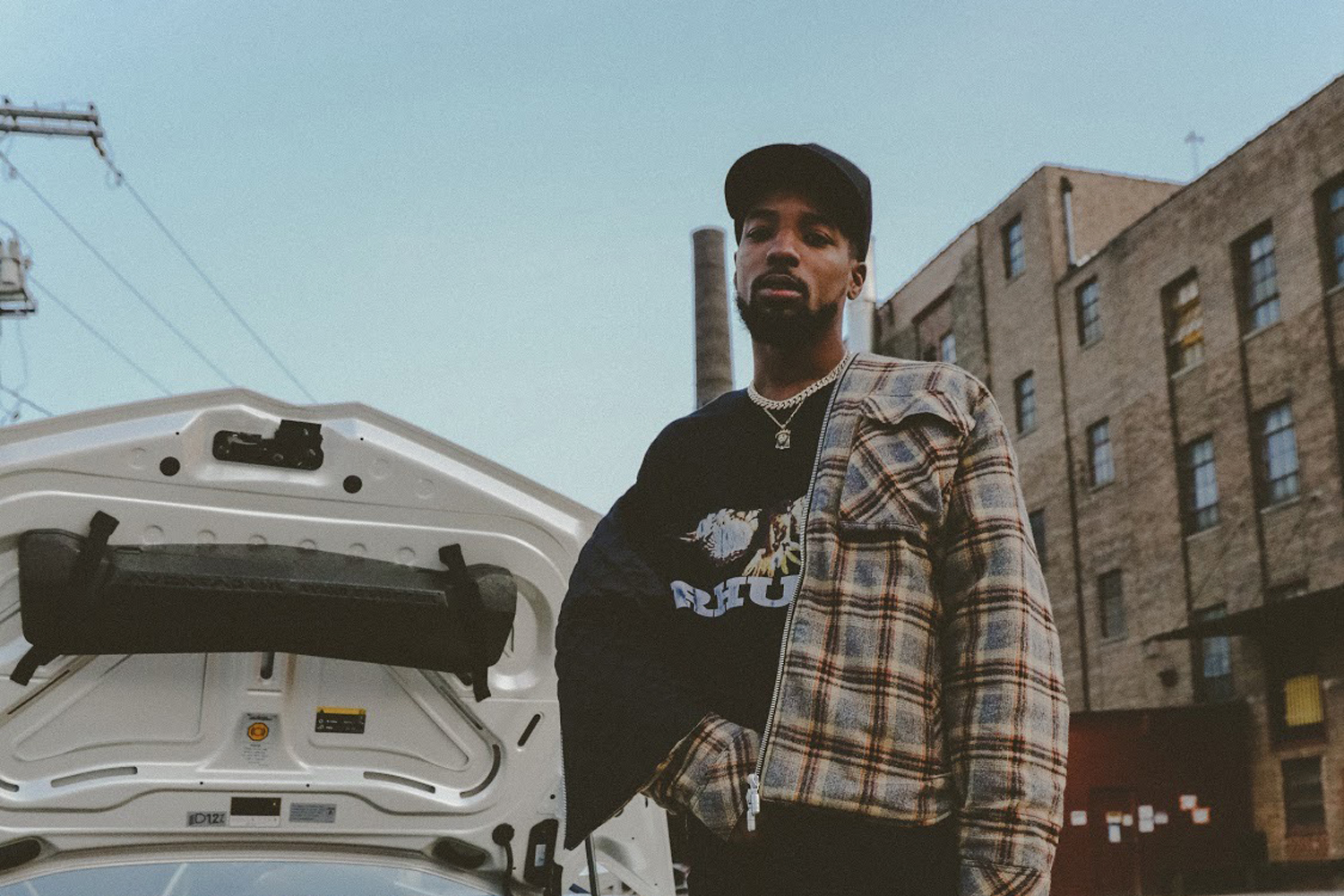 To some, life is all about the journey—destination be damned. Not so for Rockie Fresh. Since his rise as a whip-smart up-and-coming teenage rapper from Chicago to mixtape-slinging signee and Rick Ross protégé with Maybach Music Group in his early 20’s, Rockie has always known where he was headed and what it would take him to get there. And now, at only 29 and on the heels of a fistful of smash records, epic collaborations with some of the biggest names in the game, and huge-selling tours, Rockie Fresh has arrived at his biggest belt-notch to date. 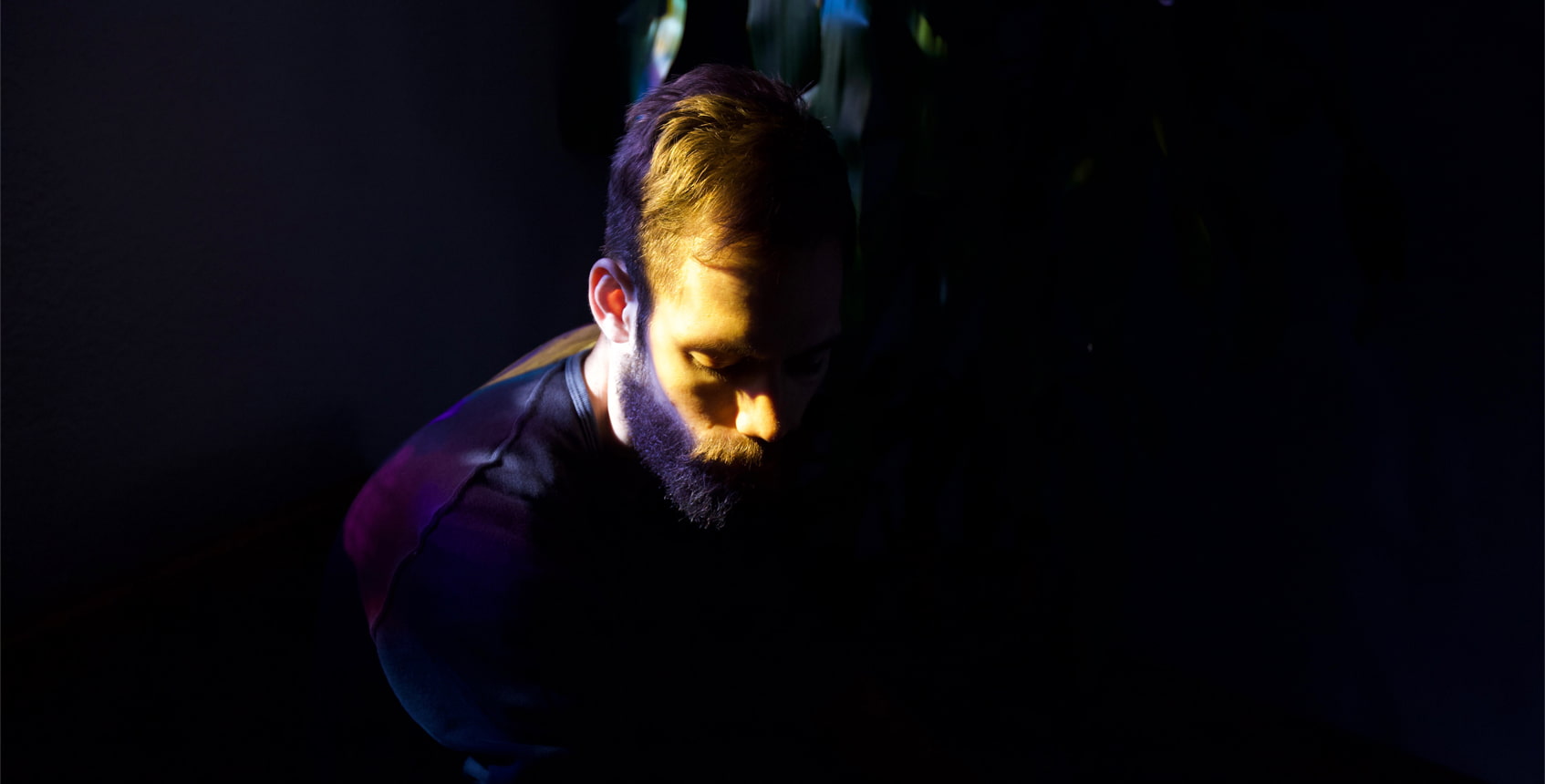 Abraham Marder is a singer, film composer and screenwriter living in Brooklyn, New York. Marder’s recent works include the progressive score for the film Sound of Metal; drifting in-between hearing and deaf perspective, the music creates a viscerally vibrational experience of sound and stillness. Abraham co-wrote S.O.M with his brother, Writer and Director, Darius Marder. Commissioned to compose music in varying genres, Marder has written music for documentaries, including the HBO award-winning film Loot. His song Green, produced by Thomas Bartlett (Sufjan Stevens, St. Vincent) is the credit song in Sound of Metal, and marks the first of a series of recordings due to be released in 2021. 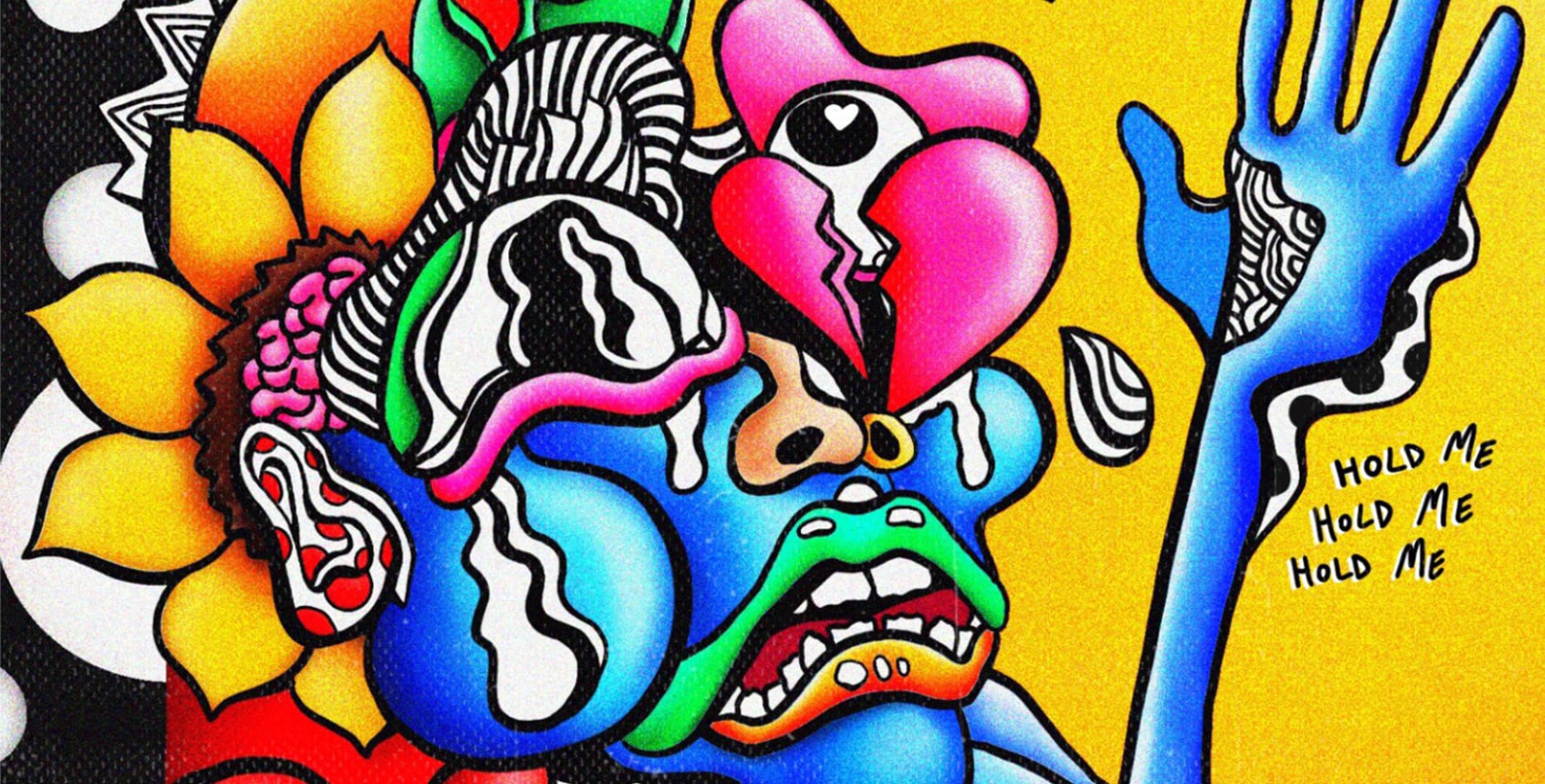 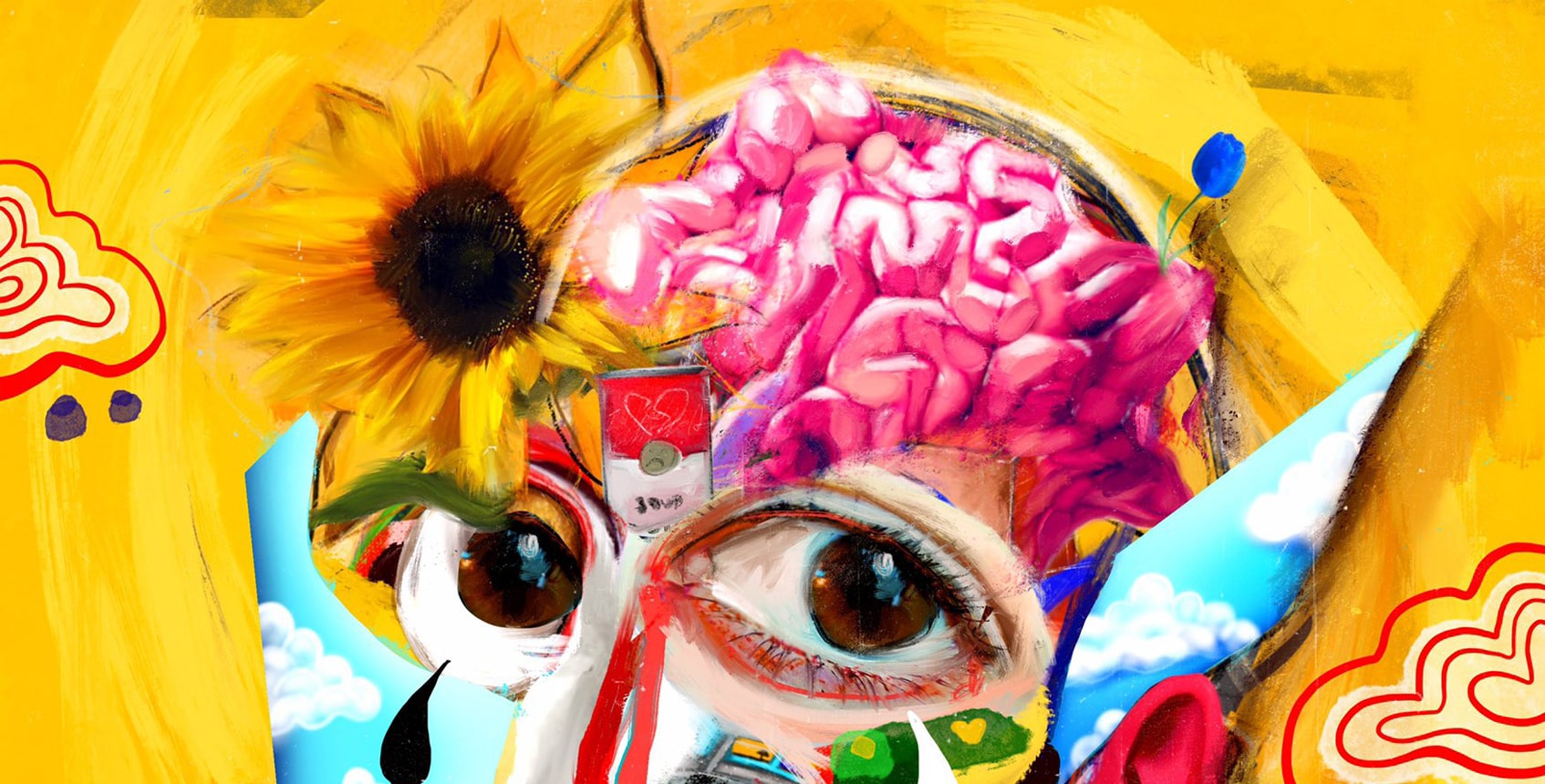 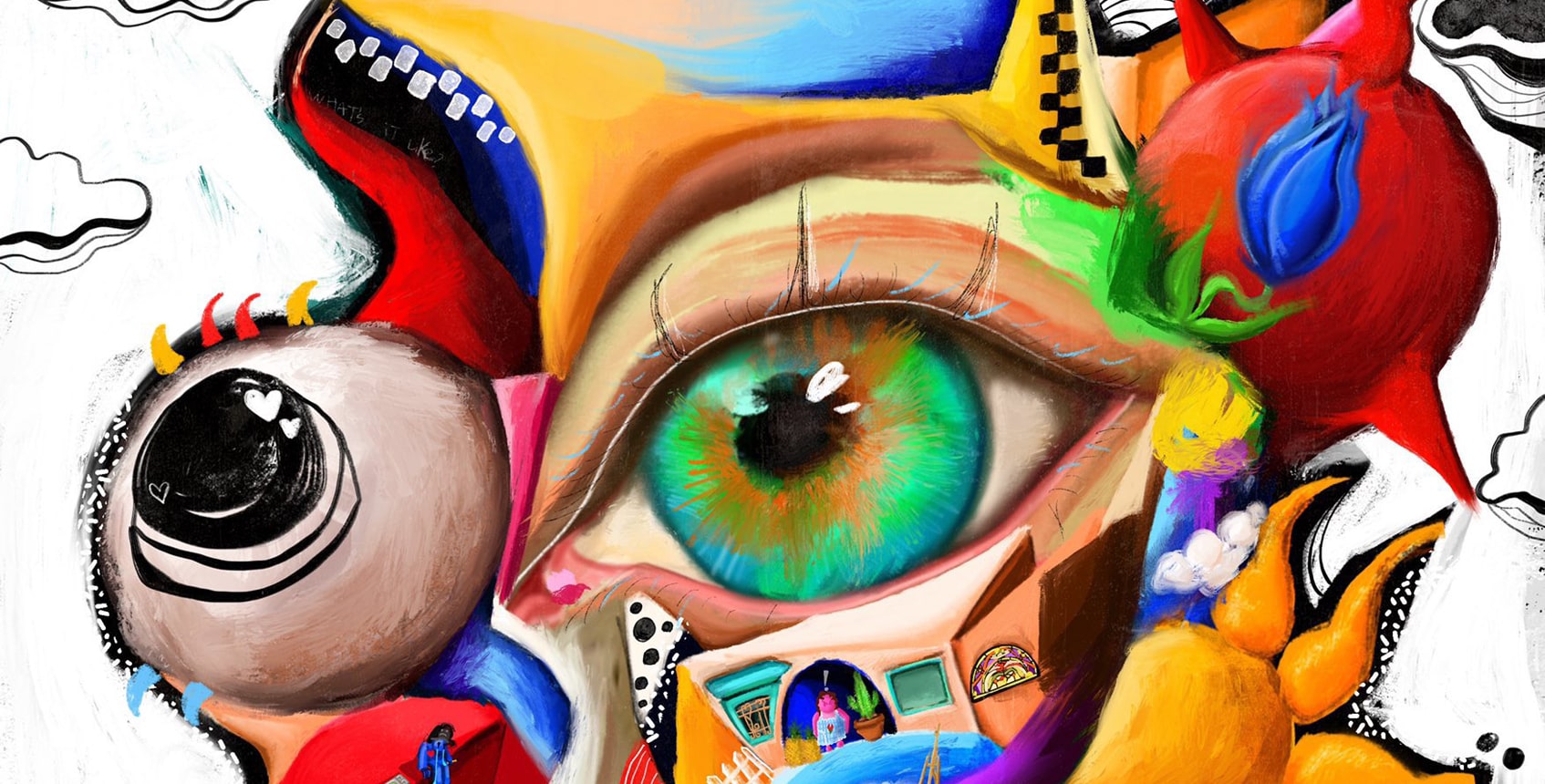 “I love art.” It’s something you will hear FEWOCiOUS say often, and if there’s one thing you need to know about the 18 year old rising star of the art world, that’s it. Representing snapshots of his memories and a mirror into his heart, his passion for creating shines through every piece, all of which exude vibrancy and symbolize the strength of feeling.

Now living in Seattle, FEWOCiOUS first started creating art at 13 in his hometown of Las Vegas. His foray into digital art was born as a refuge and escape.  FEWOCiOUS sold his first painting at 17, and within a year of that, was able to move to his dream city in the Pacific Northwest to continue creating, through a series of successful NFT drops.

His recent drop FEWO WORLD was a groundbreaking collaboration with RTFKT, the next-gen sneaker and collectible creators who merges the realities of fashion and gaming. Each NFT came with a real world pair of shoes or other fashion piece, generating over $3mm in sales in minutes. FEWOCiOUS' latest drop “Fabricated Fairytales” came out in March 2021 in collaboration with best friends parrott_ism, odious and Jonathan Wolfe.
‍
"FEWOCiOUS is following in the same vein [of Basquiat and Barbara Kruger]," writes Kulture Hub, "with their dynamic use of both visual and written imagery." Only 9 months into an already groundbreaking NFT art career, FEWOCiOUS has only started to tap into his unlimited potential and "rapidly rising profile in the digital space” (Hypebeast). 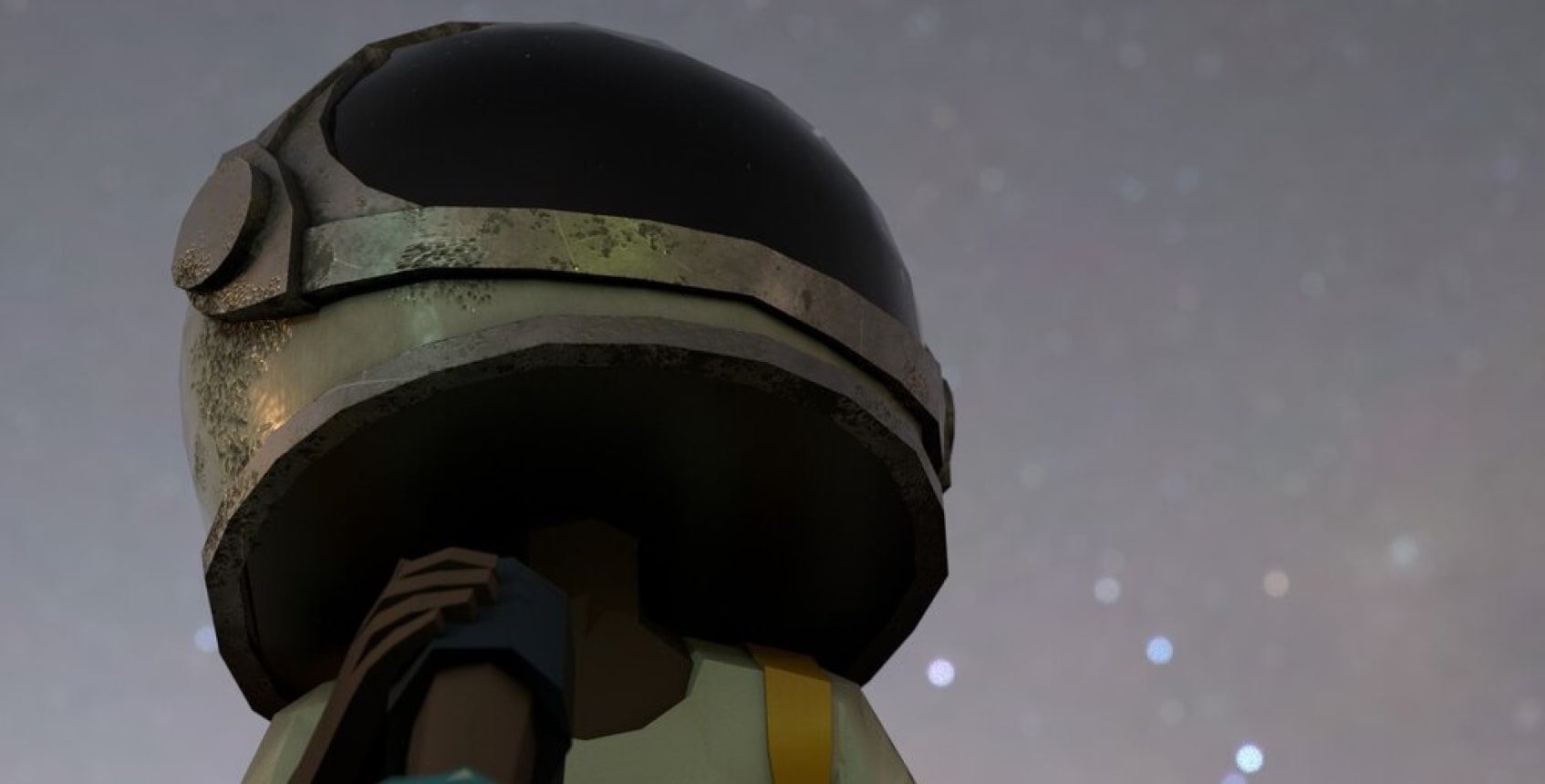 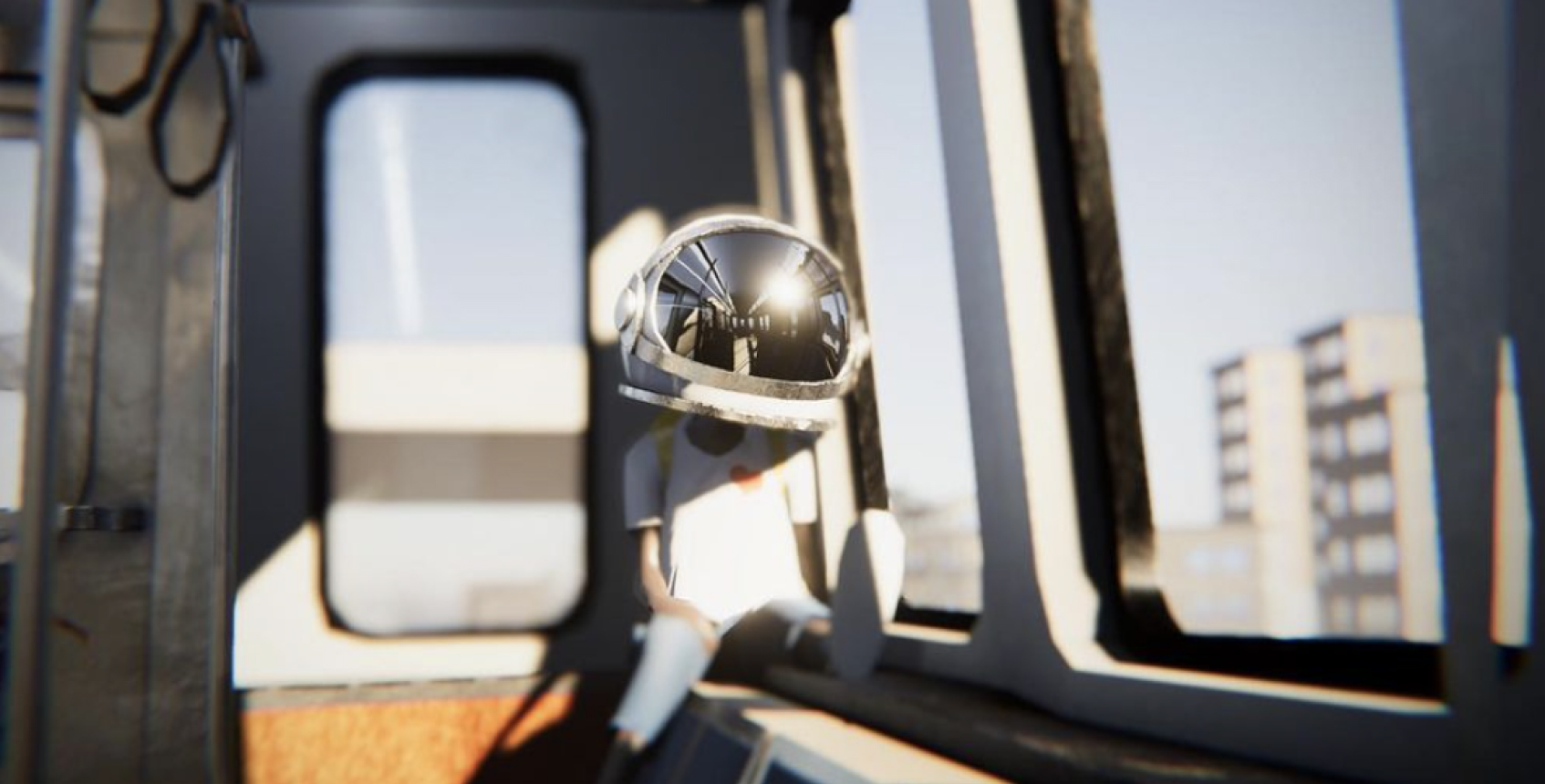 "Mom, can astronauts be black?” Aku’s mom had prepared for this question, she knew it was inevitable. She climbed to the top of her closet and dusted off the astronaut helmet she had kept up there since the day he was born. This wasn’t any old helmet, this helmet held the powers that would propel Aku across the universe and teach him to dream without limitations. Aku, meet the world. World, meet Aku.
‍
Inspired by the nephew of former MLB player turned artist Micah Johnson, Aku was first introduced to the world through an NFT drop dubbed Aku: The Moon God, depicting a young black astronaut. The drop on Nifty Gateway generated over $1mm in sales and set a precedent for art within the space that is both empowering and representative of racial equality.
‍
Micah's journey and historical documentation through the lives of his nephews make up the rest of the new series. The work is soft-spoken, conveying messages of empowerment and the dismantling of racism in a beguiling whisper by exploring the contemplation of dreams without restriction from a child’s perspective. 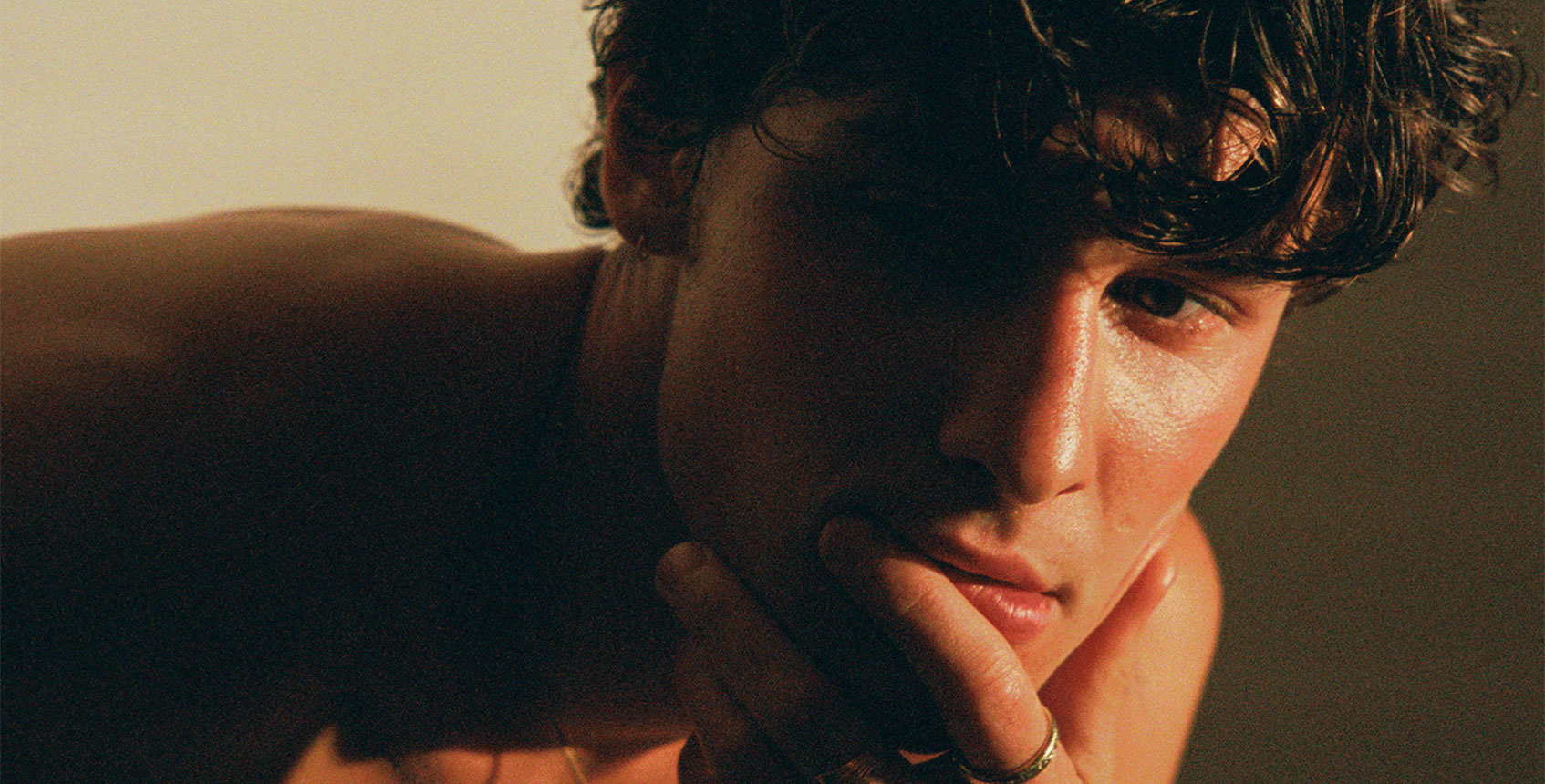 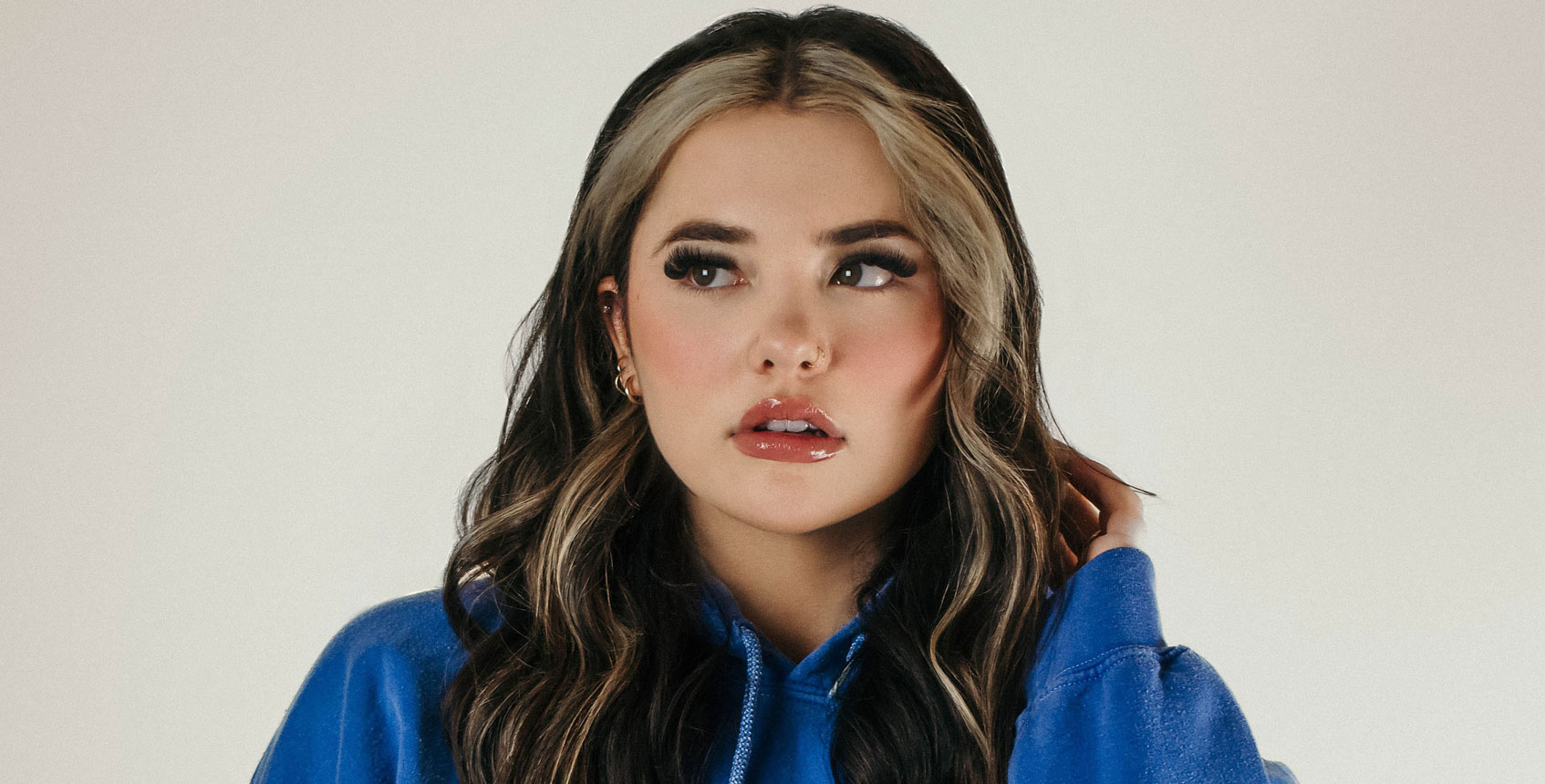 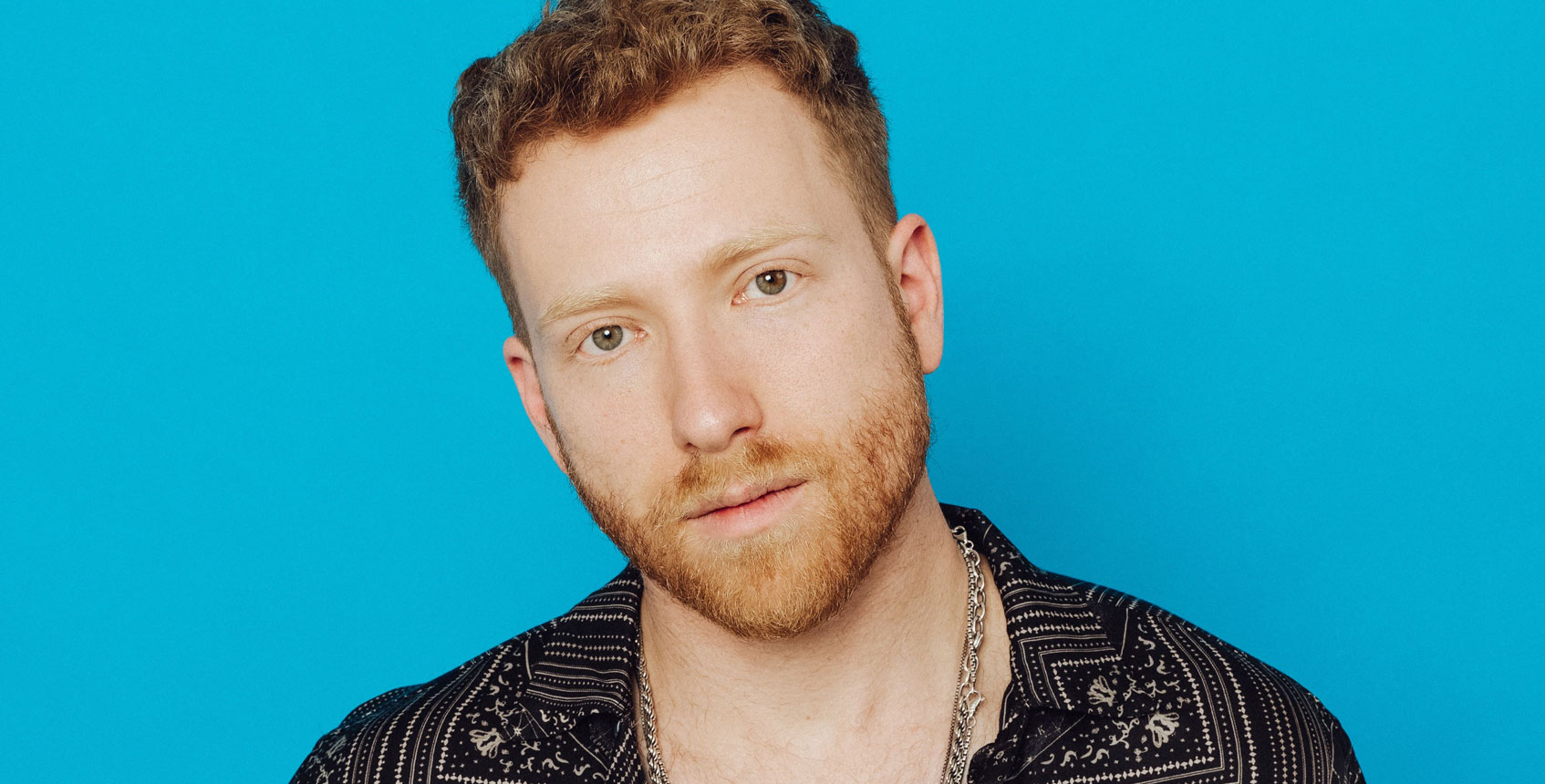 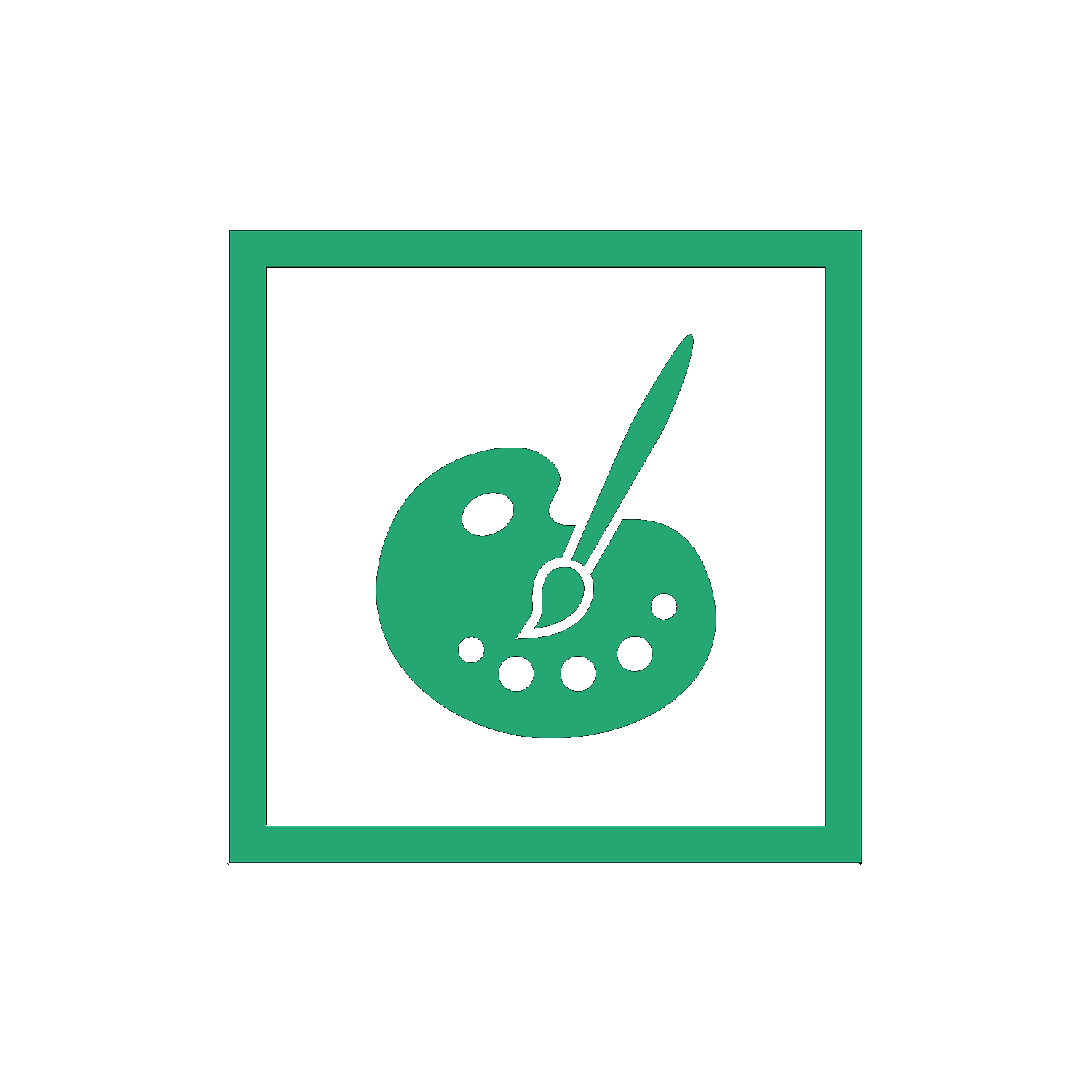 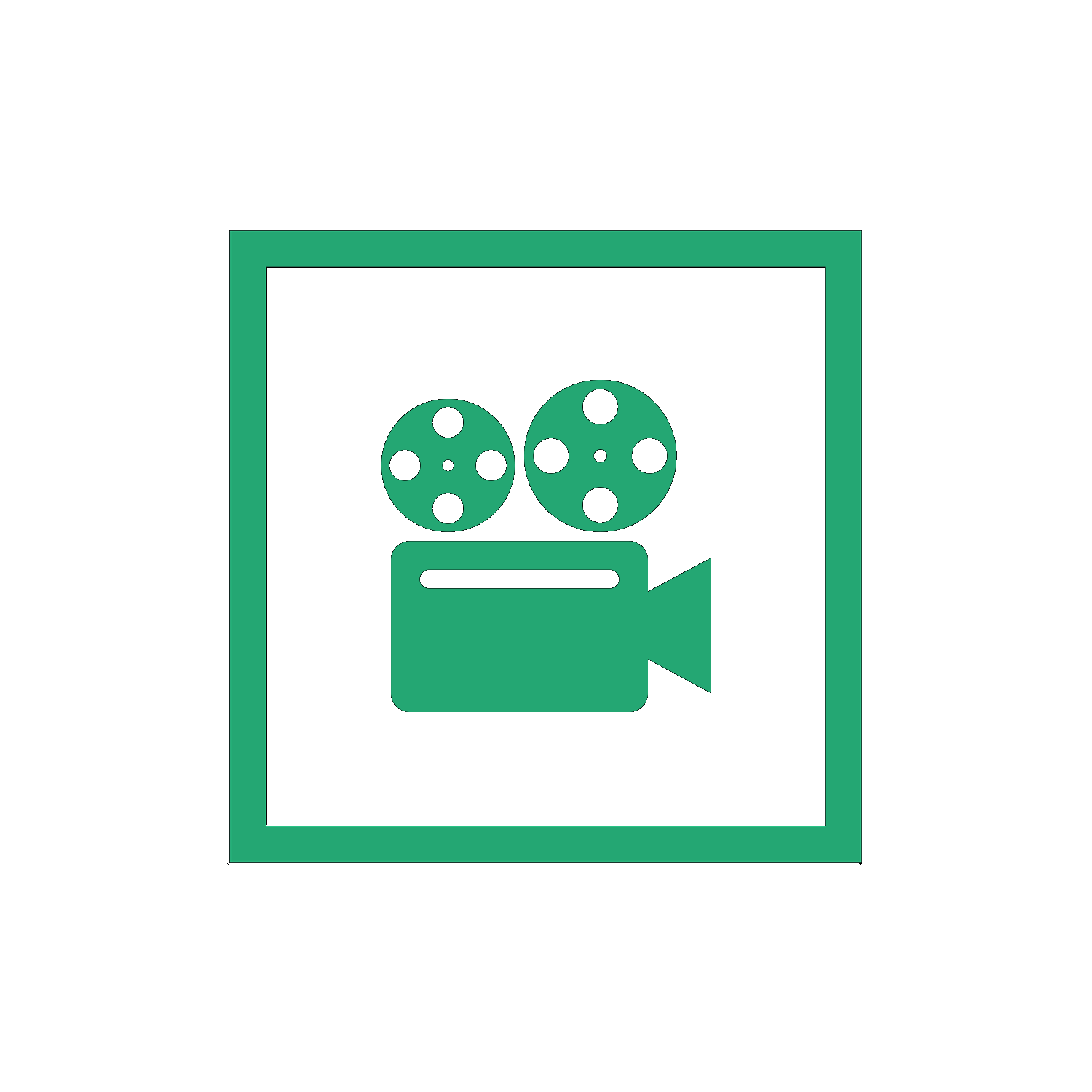 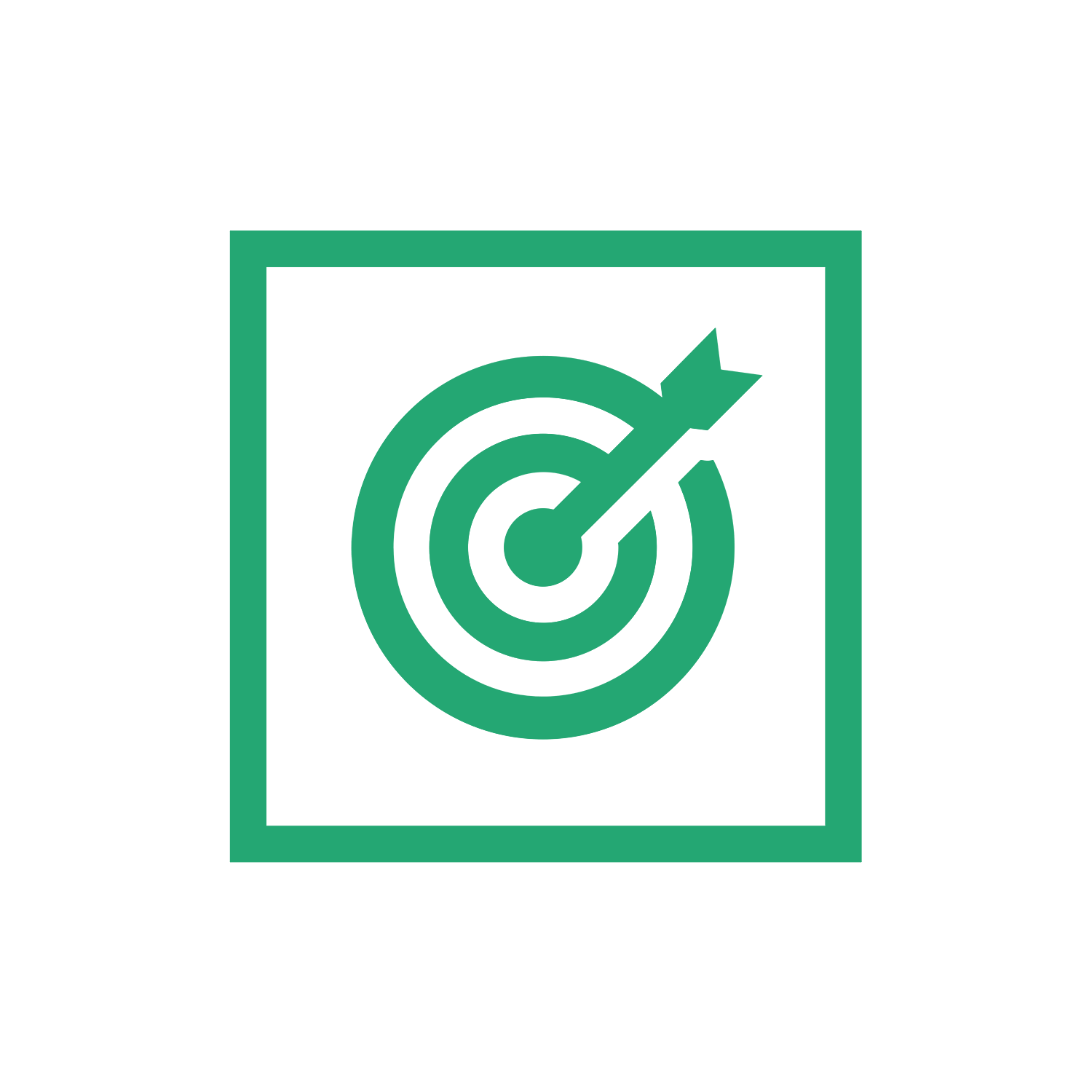 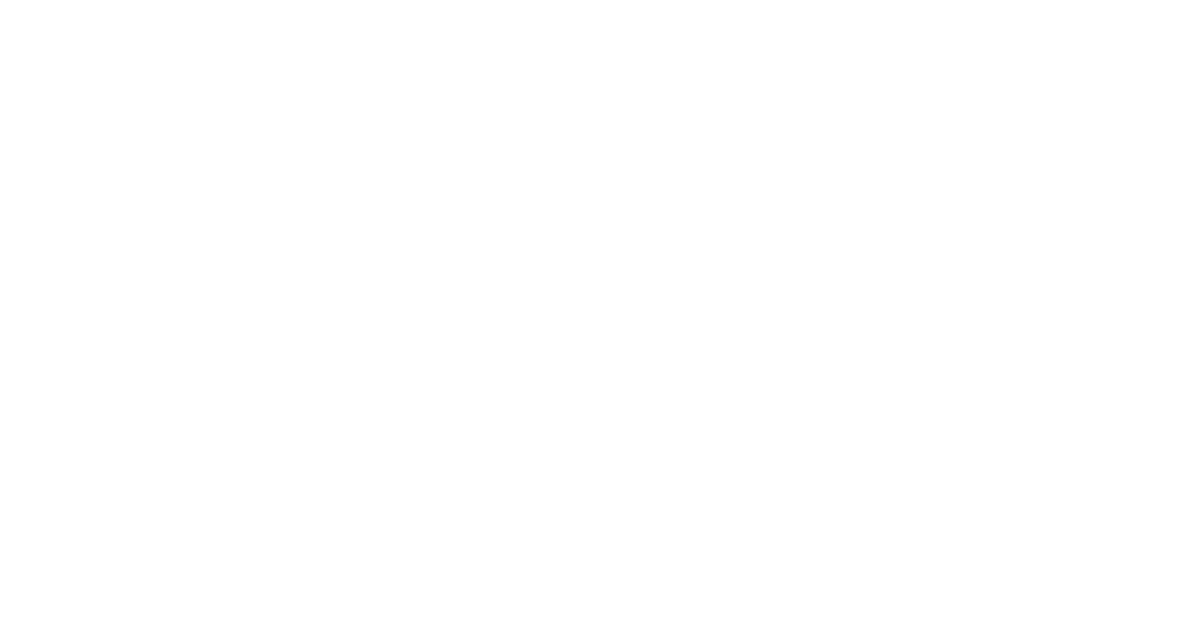 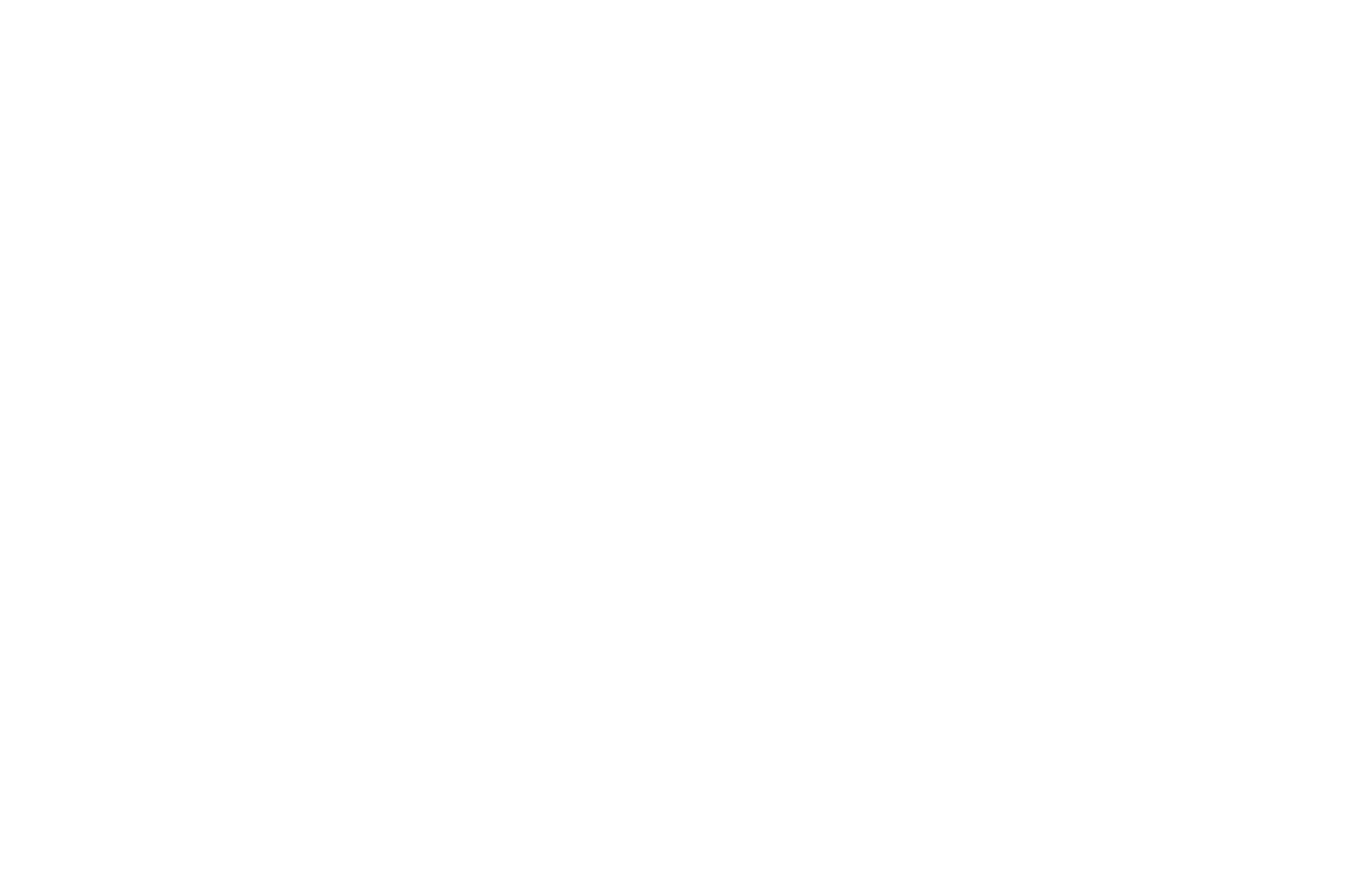 Andrew Gertler On Forbes' 30 Under 30

Andrew Gertler On INC's 20 Founders Under 30

Andrew Gertler On Billboard's 40 Under 40